The mechanism is the “heart” of every office chair, one of the main components for office chairs.
However it happens very often that the adjustment controls, which are under the seat, are used roughly or not used at all.

We’ve been making a short GUIDE that will allow you to distinguish and understand the main types of mechanisms for office chairs.

Before starting, let’s remember what was seen in the previous post Ergonomic office chairs: the office chairs offer adjustments that should allow both a “static” optimal seating (see the recommended static position), and a “dynamic” seating, that is the possibility to perform some movements, while remaining seated, to avoid problems such as “heavy legs”, muscle soreness, etc …

Said that, we can distinguish the following categories of mechanisms for sitting according to the principle of operation: 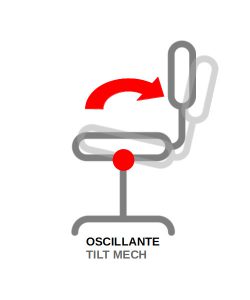 The tilt mechanism is a mechanism that allows, as the word itself says, to tilt on the top of the seat.

The backrest and the seat are integral with each other, that is, the angle between the seat and the backrest does not change during movement.
The tilt is in fact used in armchairs that have a unique structure, in which the seat and backrest are united in a single “shell”.
This is why this mechanism is normally used in chairs for sporadic use and is not recommended for professional intensive use. 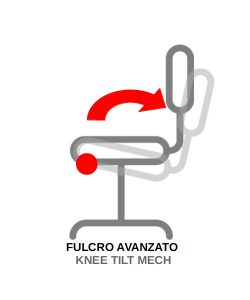 The first and first two adjustments can be matched by two independent levers or by a single lever; for example, in our 151/C mech, turning the lever raises the seat and removing / inserting the lever unlocks / locks the mechanism. The 418 mechanism also belongs to this category.

The knee tilt mechanism is a tilt mechanism that has a rotation axis moved forward with respect to a traditional tilt.
It is always used in armchairs, normally of good quality, which have a unique structure, but allows superior comfort during the tilt phase.
The adjustments are the same as for the tilt. Mechanisms such as the 417 and 417/C fall into this category.

The synchronized mechanism is a mechanism that allows the back and seat to move in a synchronized way, i.e. with a 1: 2.5 ratio (or some other products work with a 1: 2 ratio). In other words, in a chair with synchro mech, a 1 ° inclination of the seat corresponds to a 2.5 ° inclination of the backrest.
This means that the chair follows the body movement in a natural and ergonomic way and this means that a dynamic use

of the chair is possible. For this reason this component for office chair is suitable for professional and intensive use.

The ergonomic research suggests in fact a dynamic use of the chair as we had already discussed in the previous post (1).
In the synchro mechanism we usually have the following adjustments:
– seat height adjustment
– locking / unlocking of the mechanism
– adjustment of the intensity of the response based on the user weight

The first two two adjustments can be matched by two independent levers or by a single lever; moreover, the knob to adjust the mech response intensity (tensioner) can be central, i.e. in front of the mechanism, or on a side. For example the mechanism 359/Z is a synchro with central tensioner, the 133/Z instead with side tensioner.

SELF WEIGHT MECHANISM FOR OFFICE CHAIR

On the self-weight mech the two adjustments can be matched by 2 levers or by a single lever. For example, our 134/Z mechanism, that is a self-weight, has only one lever: by sliding / inserting the lever, the mechanism is unlocked / locked, while turning the lever adjusts the seat height.

The self-weight mechanism is suitable for professional and continuous usage. We can say that this is certainly a simpler and more intuitive product but with a less refined adjustment of the chair response. 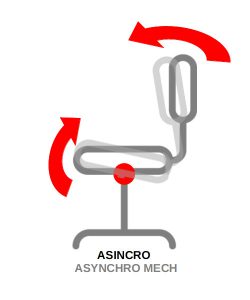 The asynchronous mechanism is a mechanism for office chair that allows you to adjust the backrest and seat independently.
This mechanism therefore makes it possible to find the optimal static position of use, but does not allow “tilting” instead, ie it does not enable a dynamic use of the chair.
In the asynchro mech we usually have the following adjustments:
– seat height adjustment
– seat inclination adjustment
– backrest inclination adjustment
The asynchro is a mechanism suitable for professional and intensive usage because it still allows an excellent adjustment of the static sitting position.
A mechanism that responds to these characteristics is for example our mechanism 453/C. 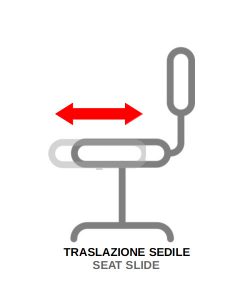 The seat slider mechanism allows you to adjust the seat position, and therefore to make the chair seat more or less deep.

This component for office chairs is indicated by the UNI EN1335 standard for class A seats and is recommended for “multi-user” chairs or chairs on which several people of various heights can sit.

Sometimes this mechanism is integrated into a synchro mechanism, such as our 133/Z mechanism. In other cases a separate mechanism, that can be sold as an optional, offers this adjustement on almost every other mechanism (tilt or synchro or asynchro) like our mech 129/Z does. 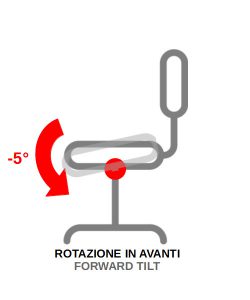 Traditional synchro mechanisms allow the seat to be tilted from 0° (seat parallel to the ground) to approx 8/10 ° backward.

With the forward tilt mechanism, however, the chair seat can also be tilted a few degrees forward (about -3 / -5 °) so that the angle between the torso and the upper part of the leg can be slightly more open than 90°.

In the dynamic seating, this greater opening of the bust/leg angle improves blood circulation and consequently avoid several disturbs like the “heavy legs” or muscle stiffness.
The forward tilt mech is usually integrated into the mechanisms of top quality level and a special lever is dedicated to obtain this adjustment.

An exception to this rule is represented by the mechanisms ME01 and ME02 which offer this interesting feature in the possibilities of their movement.

Clich HERE to see our full offer of  mechanism for office chairs. 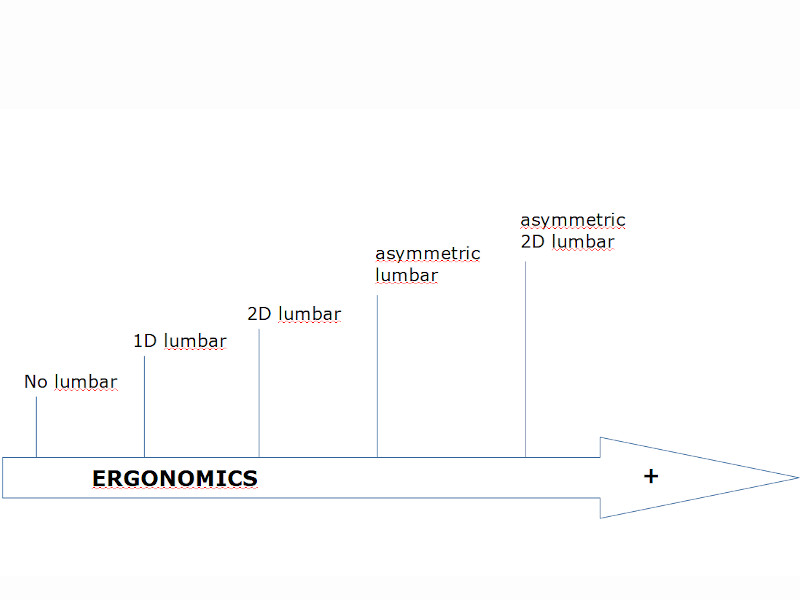 For office seating the adjustable lumbar support is a well-established ergonomic requirement. Most office chairs offer this feature, which allows everyone to find the right support 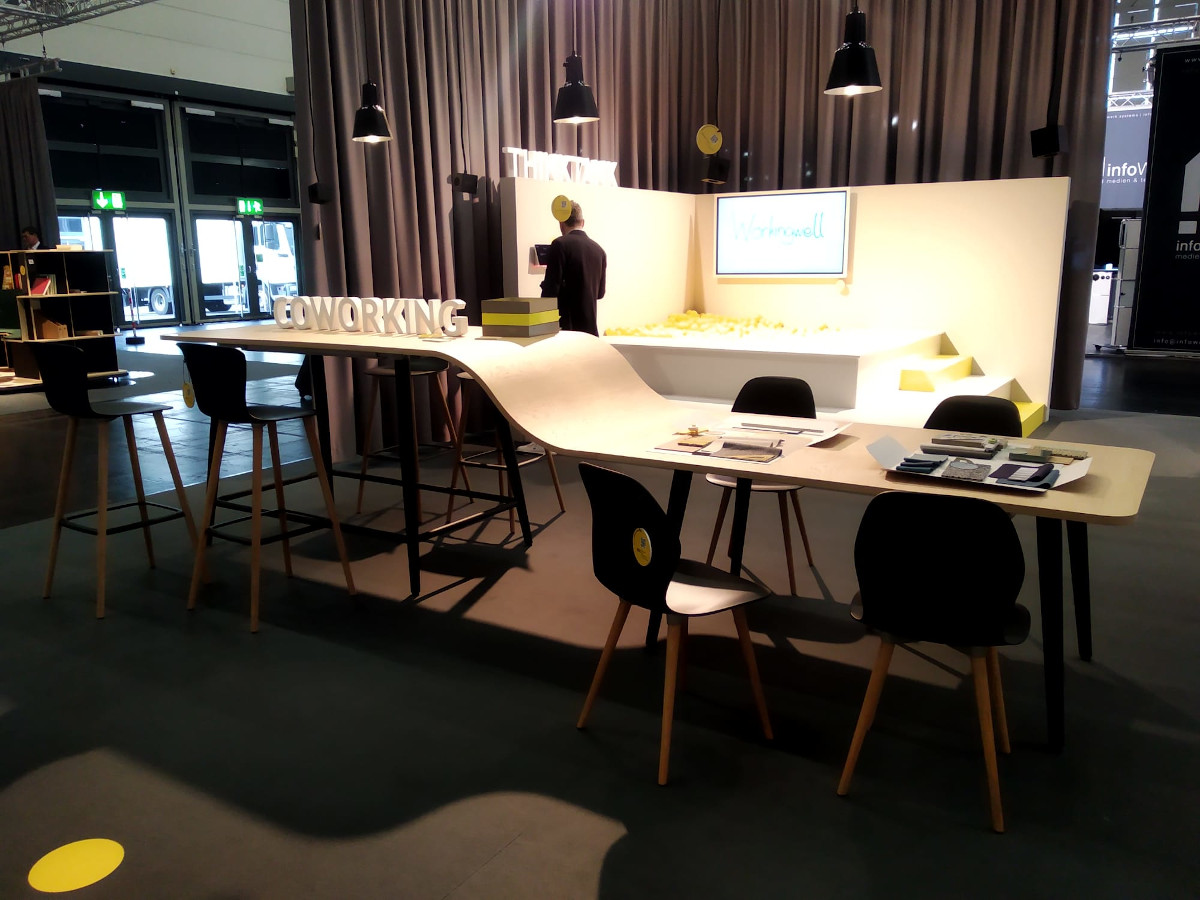 We’re glad to share first impressions and comments, the “notes” from our team who visited Orgatec 2022. Orgatec, the leading European trade fair for office furniture, is back “live” after 3 virtual editions … 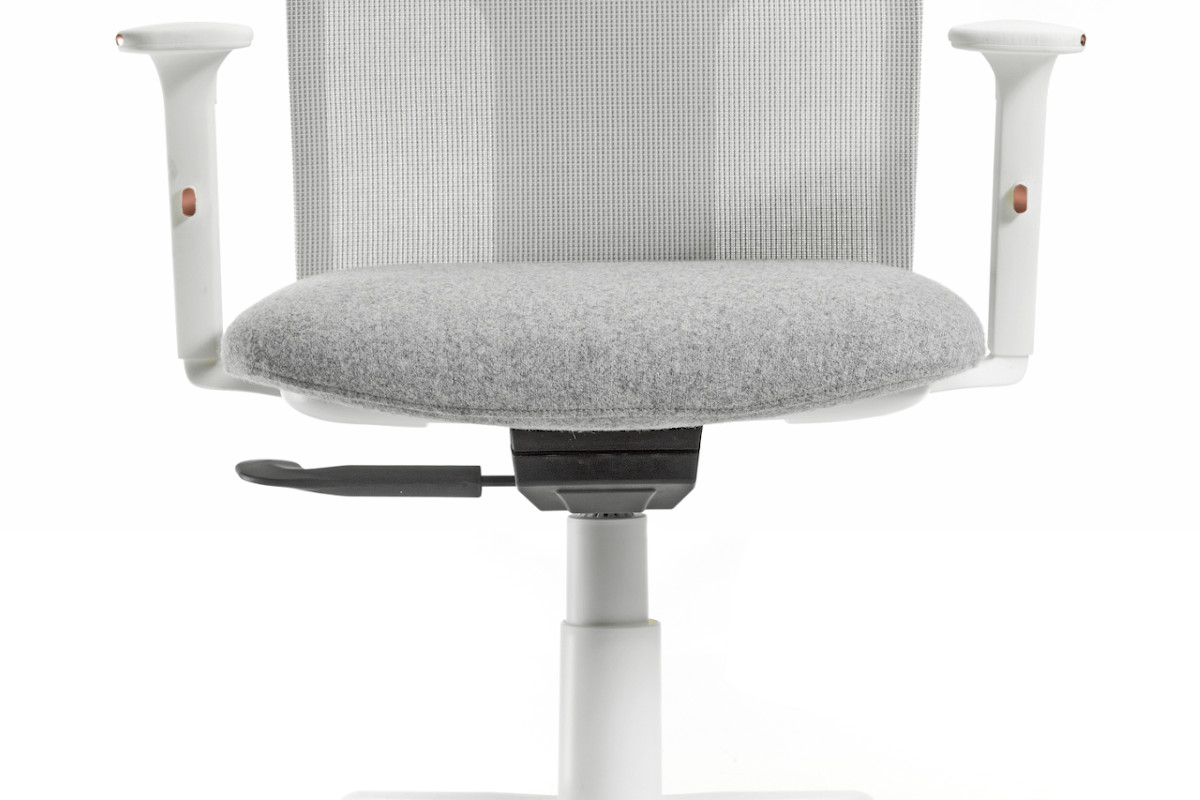 Several customers recently asked us for clarification on the automatic mechanism for office chairs. So let’s see what is this type of mech and why it is so peculiar … 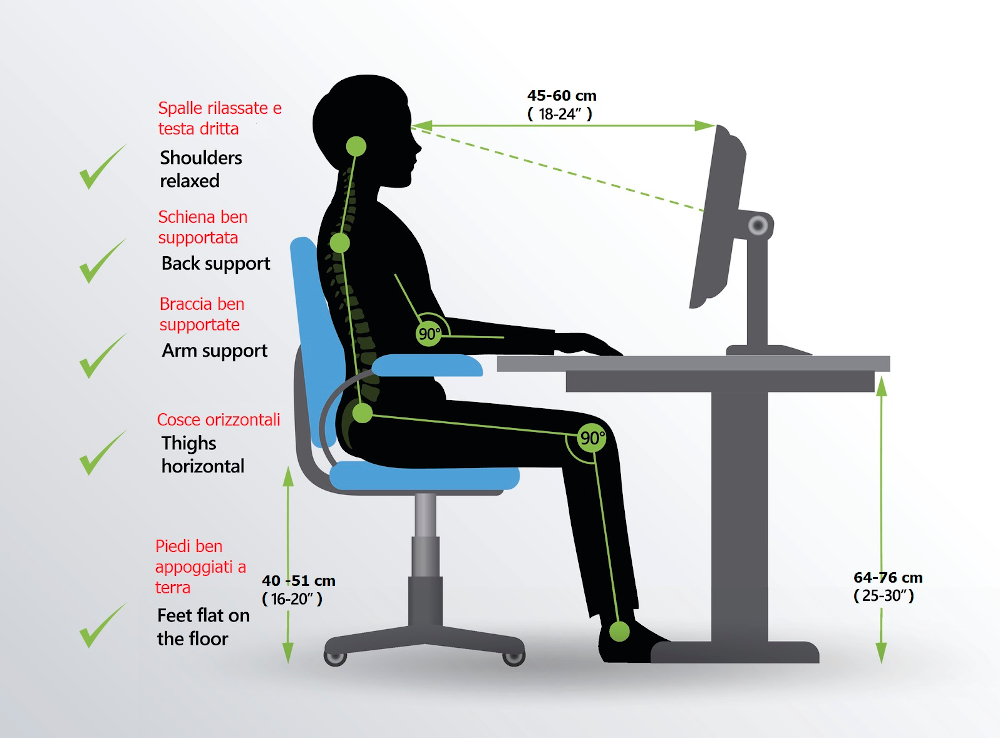 Big news for office chairs! The EN1335 standard was “updated” at the end of 2020, with the publication of the new edition.